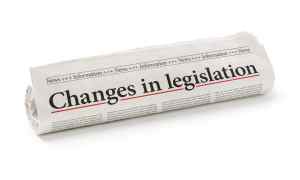 The Fair Work Amendment (Protecting Vulnerable Workers) Act 2017 (“the Amendment Act”) commenced on 15 September 2017. The Amendment Act is aimed at punishing and discouraging the type of conduct which was the subject of several widely publicized underpayments scandals. The explanatory memorandum to the Amendment Act notes:

“The Inquiry into 7-Eleven report, for example, revealed not only systematic underpayment of migrant workers, but also a practice of some franchisees paying their employees the lawful rate, but then coercing them to pay back a certain proportion of their wages to the employer in cash.”

One important change is the inclusion of a new category of contraventions of the Fair Work Act called serious contraventions (“Serious Contraventions”). The Amendment Act also includes changes to the potential liability of franchisors and holding companies, a strengthening of the Fair Work Ombudsman’s evidence-gathering powers, and express prohibitions on employers unreasonably demanding employees pay back their wages (also known as ‘cash-back arrangements’). Other changes create a renewed importance on employee record keeping.

This article addresses the introduction of the Serious Contraventions penalty regime and the increased importance of making and keeping employee records and providing employees pay slips in accordance with the Fair Work Act.

What is a Serious Contravention?

A person will have engaged in a Serious Contravention if they both knowingly contravened particular provisions of the Fair Work Act, and the conduct which constituted the contravention was part of a systematic pattern of conduct relating to one or more other people.

A court may regard the following factors when determining whether there was a systematic pattern of conduct:

A Reversed Onus of Proof

Under the changes, employers who, without a reasonable excuse:

will need to disprove allegations that the employer contravened one of the above provisions of the Fair Work Act.

This change means employers must be careful to provide their employees with pay slips, and make and retain employee records if they wish to disprove, for example, an underpayment of wages claim.

Employers should be careful to adhere to their employees’ relevant minimum standards of employment.

The changes also mean a renewed importance for employee record keeping and providing pay slips. Employers should be vigilant in providing pay slips and in the creation and retention of employment records. Failure to do so could result in an employer facing significant difficulties disproving certain allegations, such as a claim of underpayment of wages.