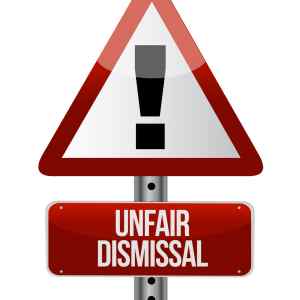 What is a maximum-term contract?

Maximum-term contracts are employment contracts where an employee’s employment is stated to end at a particular time (for example after 1 year), but either party has discretion to end the contract earlier with the giving of notice.

At the employer’s initiative: when is someone dismissed?

Prior to the Navitas decision, the non-existence of a dismissal of a maximum-term employee at the end of a contract’s term was fairly clear-cut. The former Australian Industrial Relations Commission in Justice v Lunn made clear that where a maximum-term employee’s employment ends when their contract expires there is no dismissal.

Lunn was authority for the proposition that there was no dismissal because the employer had done nothing to effect the ending of the employee’s employment. The employment was simply ended by the passage of time. Lawyers often refer to this as the contract ending through the effluxion of time.

This principle made it difficult for maximum-term employees to be eligible to make an unfair dismissal claim when their employment ended at the expiry of a contract. In most cases this ineligibility was clear, predictable, and relatively easy to ensure. Navitas changes this.

At first instance, the employee was held to be ineligible to make an unfair dismissal claim as he had not been dismissed. Applying Lunn, Commissioner Hunt held that the employee’s employment was terminated by the passage of time. Not by Navitas.

On appeal, the Full Bench overturned a number of principles for which Lunn was authority. The new principles in Navitas can be found at paragraph [75] of the decision.

Absent this genuine agreement the passing of time will not necessarily be the thing which ends an employee’s employment. Without a genuine agreement, the employee may be held to have been dismissed (and therefore eligible to make an unfair dismissal) at the expiry of the contract.

If there is no genuine agreement, a failure by an employer to offer a further contract simply becomes one factor of many which is considered by the Commission in an attempt to decide whether the employer performed any action which was the principal factor in terminating the employee’s employment. That is, the expiry of the contract, of itself, is no longer decisive.

The significance of Navitas is that in certain circumstances a maximum-term employee will have access to unfair dismissal when their employment is ended by the employer at the expiry of their contract. No longer is it certain that an employee will not be able to seek an unfair dismissal claim at the end of the expiry of their maximum-term contract.

How the Full Bench’s new test is applied is yet to be seen. The Full Bench remitted the decision back to Commissioner Hunt to determine in light of the new law.

What is required to create a genuine agreement regarding the ending of an employment relationship (and not just a contract of employment) is also unclear.

Whether the reasoning in Navitas would withstand a possible appeal is also uncertain. The Australian Industry Group, the Australian Chamber of Commerce and Industry, and the Australian Council of Trade Unions all made submissions in Navitas. An appeal of Navitas is possible.

Alternatively, the new test in Navitas may be challenged in other cases which come before a full bench of the Commission.