Home/Uncategorized/Enterprise Agreement negotiations: What can you learn from the union? 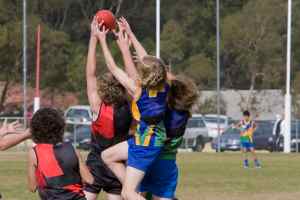 Given the Australian rules football season is well upon us, I thought it fitting to start this article with a football metaphor.

When I was 13 years old a teammate would always beat me in marking contests during training. This was very frustrating. We were both a similar height and weight. And we both had a similar vertical leap (a measurement of how high one can jump off the ground).

I complained about this to a coach. I was told to figure out what my teammate was doing well and then apply that skill.

It didn’t take me long to figure out how my teammate was beating me in marking contents. Once learned, I applied this new skill. I immediately became more competitive.

So what does this have to do with union enterprise bargaining negotiations?

It seems to me unions do a number things well that employers don’t. If employers can learn and apply some of these skills, then they may find themselves more competitive during negotiations.

Here are three things I think unions do well during enterprise bargaining negotiations.

In my view, unions are often great at communicating with their members regarding the progress of enterprise agreement negotiations. This is especially so where unions are upping the ante and threatening industrial action.

Employers, on the other hand, often play catch up with their communications to employees, or worse, don’t communicate with their employees at all.

2. Applying leverage: Knowledge of the steps which must be taken before protected industrial action can be taken

Unions are familiar with what legal steps must be taken before protected industrial action can be taken. Employers, on the other hand, often do not have this detailed knowledge.

Knowledge of how and when industrial action may be taken can give unions leverage in enterprise agreement negotiations. It allows unions to pull certain levers which can catch an employer off guard. The result can be an employer scrambling around regarding what to do next and feeling the pressure to cave into demands.

Managers often have a lot on their plate. They are accustomed to making quick decisions based on all the information at hand. Once a decision is made, managers typically will move onto the next issue.

This skill does not always serve Managers well when negotiating an enterprise agreement.

Negotiating an enterprise agreement with a union can be drawn out. Unions seem to have amazing stamina and patience to continue pressing their claims and applying leverage from many different angles.

Managers, on the other hand, seem to feel compelled to finalise negotiations by a certain date. Anecdotally, this approach does not serve employers well. It can result in employers simply agreeing to union claims in order to wrap up negotiations.

Next time you are feeling frustrated about how the union is ‘tackling’ negotiations, try to view the situation from the ‘coach’s box’ and develop an understanding of what the union is doing well. You may find there are some helpful learnings to gain.